On screen, there’s a murderous horde of savage orcs or Greenskins on one side and my battalion of dwarf veteran warriors or Longbeards on the other. The air is tense. I can hear battle cries from both sides, mustering up the courage to annihilate the opposition. What seemed like half an hour was actually hours to get to this point in the game to show off  my military might and prowess. Little did I know then that I was going to watch in shame and horror my seemingly mighty force being decimated like a child playing with a Lego tower.

Welcome to Total War: Warhammer. Crusher of dreams and obliterator of gaming prowess. 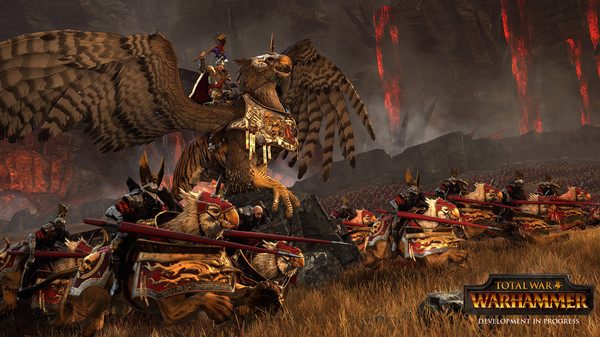 If you’re familiar with the Total War series, you might know they usually stick to history such as of the Romans and the Japanese. This is the first time they’ve deviated from reality and delved into the fantasy world of orcs, dwarves, vampires, beast men, chaos warriors and, of course, men.

As with its usual format, Creative Assembly developed this as a turn-based strategy, real-time tactics game. Each faction, as mentioned earlier, has access to its own unique units, buildings, skills, heroes and abilities. Even though this release feels different because of the way it looks, you can still direct armies and devise economies from a campaign map and if the need arises, which will, you can switch to a 3D map of the battlefield to directly control your forces. 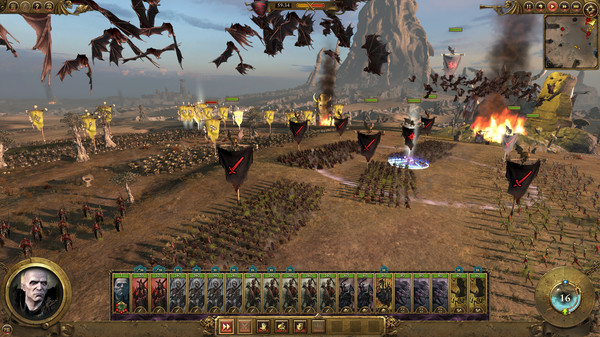 Another new element in the game is the ability of different factions to cast their own brands of magic. Factions such as Empire and Vampire Counts have access to more types of magic than the Dwarfs who have very limited use of the same.

The game looks absolutely incredible. The maps and terrains are beautifully crafted, and being associated with fantasy, the maps take on that slightly otherworldly look from time to time. Players will be able to see pools of lava strewn around, ancient ruins left by Dwarves of long ago and giant skulls carved out of mountains themselves. 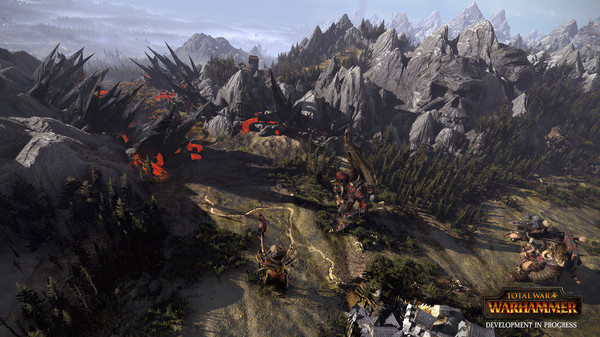 Back to the main event, the gameplay. It is made clear that deployment and planning are the two most important things in this game. Sure, keeping cities happy and having big armies help, but the essence is in planning everything in turn and watching allies and enemies develop or fall around you as each turn is completed.

For the newbies, there is an advisor who helps you get through the first few stages with sound guidance. I found myself listening to him properly this time, since there was some new information on the way the maps and factions worked. Thanks to him, I found out I had to worry about public order, taxes and the rules for occupying a settlement. Instant happiness is the reward if played right and its disappearance can be mitigated with a garrison army, the right buildings, and a hero or appointed agent who can aid in quelling rebellions or help your main character in fighting armies on your doorstep or away. 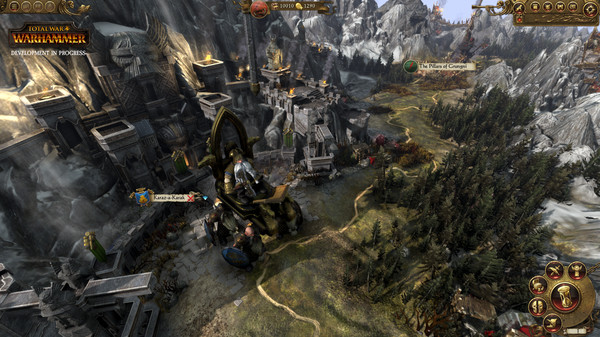 The biggest and, in my opinion, the best addition to the game is the story mode. It’s not a regular story mode where the end game is satisfactory no matter what you do. Remember the numerous crushing defeats I told you about in the beginning? That happens a lot in this mode.

The campaigns take you through different factions, letting you get a feel of each class and unit and their own quirks and dialogues. It also teaches you that there is no best class and no best formation. It’s a lot of fun to play and discover on your own. It also causes severe bouts of sadness as you see your hard work drown in their own blood. It lets players experience respective lords and heroes with their own skill trees that allow you to turn them into one-man armies with enough time and resources. 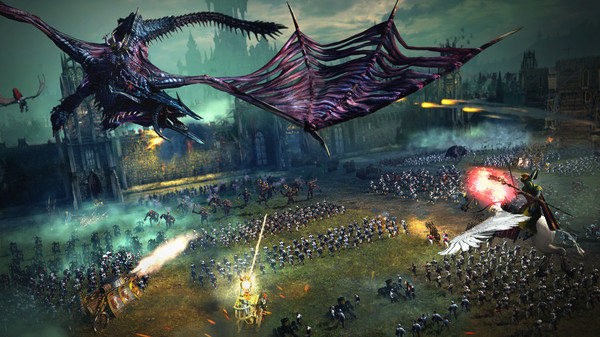 Final verdict, Total War: Warhammer is a title brimming with excitement, hours of potential fun and stress, interesting characters and units, and is a true challenge. The more I played this game, the more it drew me in, making me question my own morals in certain cases and whether I could truly be worthy of commanding my own forces in the real world.

Be brave and brace yourselves for the trials of the Old World, but note that it is not even close to the end. I leave you with one of the better quotes seen during the many loading screens after you die.

Only the dead have seen the end of war – Plato.

The man knows what he’s talking about.