The SuperScreen is the newest alternative to owning a standalone tablet in any household or office. In short, it’s an HD display that wirelessly transmits from your mobile device. This allows you to see and engage all your smartphone content on a larger, brighter and clearer scale. The Superscreen is the coolest thing we’ve seen on Kickstarter, because why wouldn’t we want duplicated larger displays at low prices instead of splurging on a tablet? 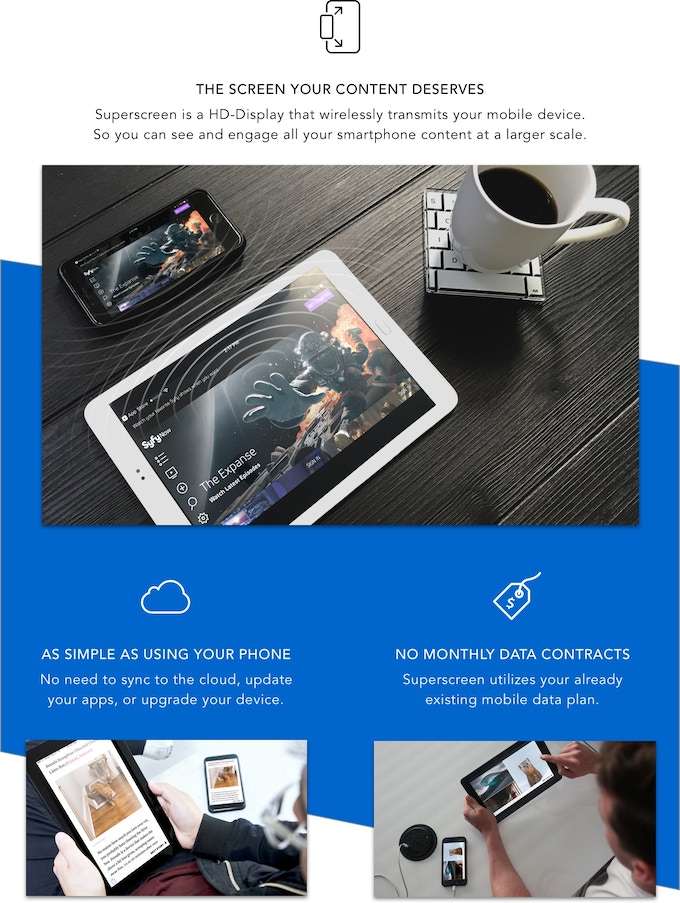 It’s quite simple to use as it wirelessly connects to your smartphone (iOS or Android) and doesn’t require a separate data plan to use or additional cloud accounts to sync with. Once connected, it can do everything a tablet can do. The SuperScreen claims to perfectly scale your content in full HD so there is no blurriness or unnecessary cropping. It means that your phone isn’t just stretched to fit the screen but is rather expanded to four times its current size to fit snugly in a giant display. 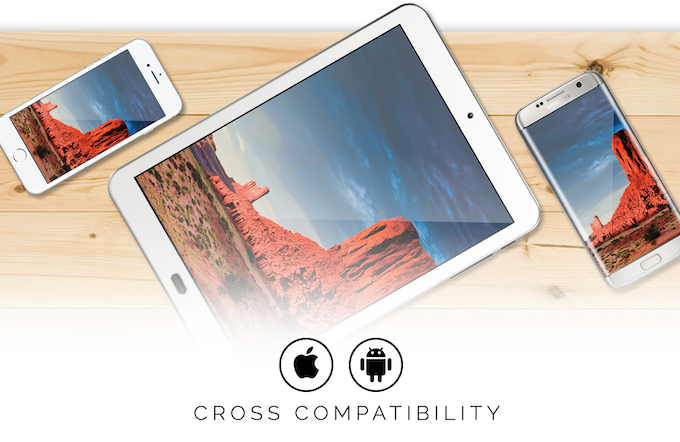 The SuperScreen has full multi-touch and orientation control as well, and the maker, Transcendent Designs, even claims it will support a stylus. As a tablet-sized device, your uses with it can be for anything. Whether it’s online shopping, browsing videos, gaming or even regular surfing, the screen should be able to deliver.

According to the campaign, Superscreen is said to weigh less than a pound. This means it should be easy to hold and extremely portable. There are 2MP front and 5MP rear cameras on the device meaning videos and photos can be easily shared and video calling should be a cinch. Sound output is at 88db, which is reasonable for music and videos. More importantly, the device claims to use 70 per cent less battery than if you were actually using your phone. The battery is a whopping 6,000mAh and can be charged via USB-C. The device is also Bluetooth-compatible meaning your favourite wireless headphones should be a dream to pair with these.

The Superscreen comes in midnight black and ivory white. The campaign reached funded in an hour so it’s evident how popular it is. Pledges start at $99 (Dh365), so go get your hands on one as soon as possible. Delivery can be expected sometime in December. 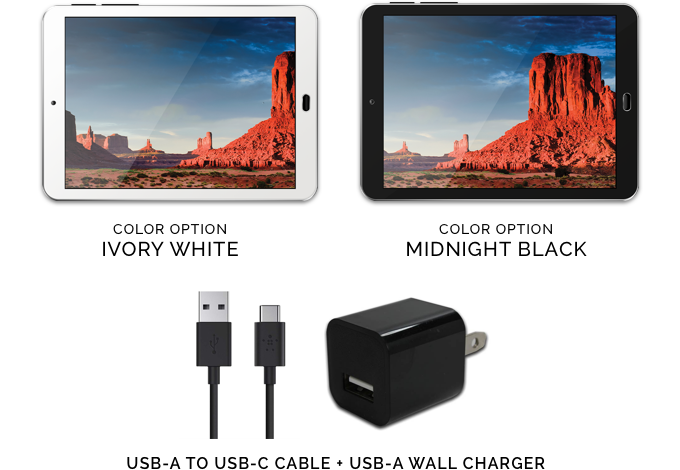 Apple Self Service Repair is a huge step forward

LG One: Quick is a new way of working