It isn’t very often that we see a form of technology that changes the way we want to make or build things such as the 3D-printer. You could see medicines, houses, toys and all kinds of things being created with ease and at incredible speeds. Shaper’s Origin Tool intends to do just that with woodworking and building.

The start-up from San Francisco is aiming to make CNC, or Computer Numerical Control as simple as 3D-printing. The machine is being touted as the world’s first handheld CNC router and uses augmented reality and a self-correcting interface to trace pre-selected shapes with a drill bit on a variety of materials. 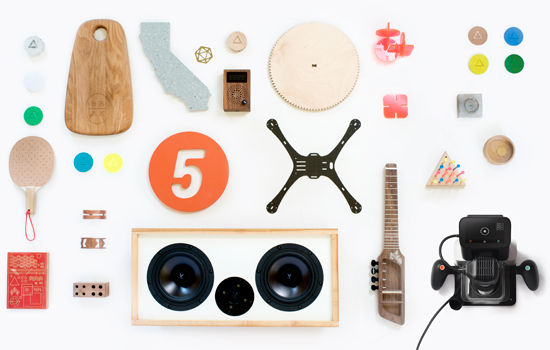 Using it is pretty simple, as shown by the video. Hold the Origin tool by the handles, place it on a piece of wood or material of choice. The device then takes a picture of its surroundings. Removable strips of tape, or ShaperTape as it’s called, helps it get its bearings. The machine then begins by tracing along the edges of the shape as shown and selected on Origin’s touchscreen. The drill bit will automatically correct any wobbles and errors to 1/100th of an inch.

As expected, such an amazing innovation does not come cheap. Orders started earlier this week for early birds at $1,300 (Dh4,775). Retail prices are expected to start at $2,100.

Whatever be the case, it is the beginning of a new type of building and that’s exciting.

Productivity and Portability comes closer to perfect performance with Dell