The smart fridge battle is slowly gaining traction. We saw Samsung unveil the Family Hub at the start of the year during CES. LG is one of the few other companies that competes in this particular area. Its offering is the Smart Instaview Door-in-Door Refrigerator range, which has translucent door panels that double as a fully loaded 29-inch Windows tablet, complete with Cortana voice controls. Fridge enthusiasts everywhere can rejoice. They should be now able to complement their constant need to look into the fridge every few minutes to see if new food has suddenly appeared with checking the internet, playing music, watching videos and even giving commands to Cortana (the Siri of Windows).

The semi-transparent door-cum-panel has a 2MP camera that lets owners see what’s in the fridge without opening it. This can be used to identify which portion of the space is to be used for gluten-free foods, or where the dairy stuff is to be kept. The refrigerator also has a built-in Bluetooth speaker that sits above the main compartment for some reason. Maybe it’s to comfort you with soothing music as you realise once again, that someone else has already finished that last slice of cake you’d been savouring. 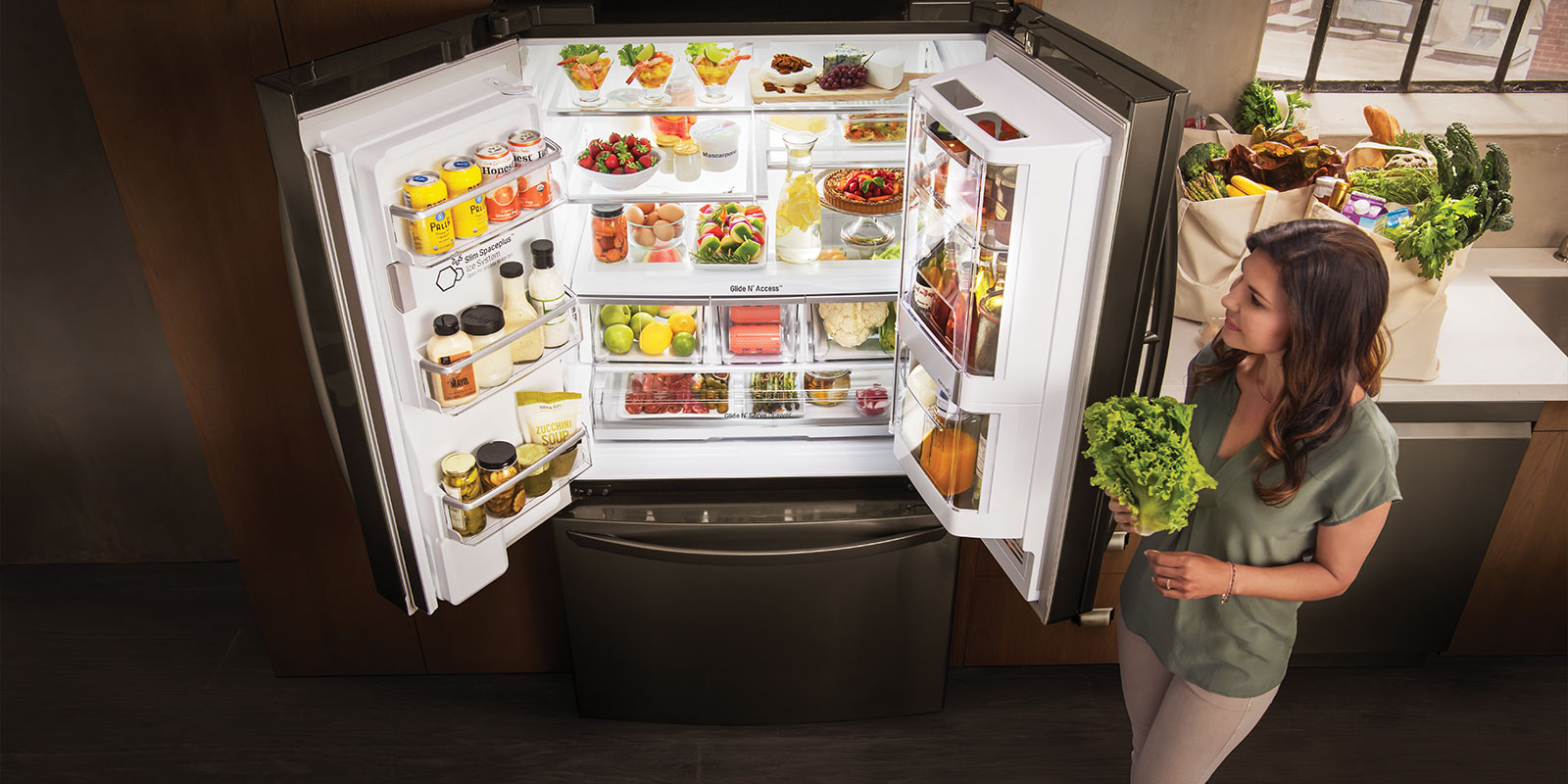 LG has not revealed all the exact specs or the price of the fridge range yet, but the models are scheduled to launch sometime later this year.

Sony Xperia Ear: Now everyone can have a personal assistant