Earlier this year, we saw the introduction of Instagram Stories, which is the Snapchat equivalent on this social media platform. This feature was launched in conjunction with Facebook Live, which was the social media giant’s version of live broadcasting of whatever, whenever, wherever.

So logically, it seemed the next step should be to merge these two features into what is being called Go Insta! which is basically live video broadcasting on Instagram. As posted on the Verge, the update was spotted with a Nexus 6P user in Russia, who was running a beta version of the app.

Basically, going into the Explore tab gives users a Live section in the suggestions bar with popular live videos. These are yet to be updated in to the app and should probably be really soon, by the looks of it.

If you want to share a live video yourself, all you have to do is hit the big red Go Insta! button. While this is exactly identical to Facebook’s Live feature, notifications and all, it seems scheduled live broadcasts will also be possible, based on what we’ve seen so far. 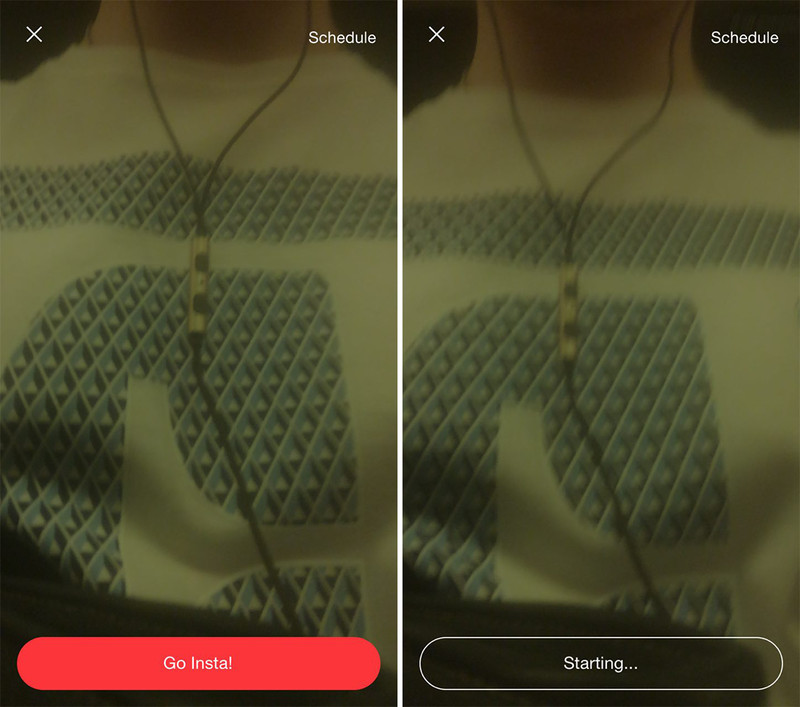 If you’ve really got to share that tasty yet average looking shawarma and want even more people to see it, if they haven’t already on Snapchat and on Facebook Live, then Go Insta! is for you.

There is no official comment from Instagram as yet, so we don’t have an actual release date.